Heft with effortless lift. The R70.28 S PLUS Roto

Heft with effortless lift. The R70.28 S PLUS Roto

The R70.28 S PLUS delivers heavy-duty weight capacity (15,400 lbs.) and a versatile lift height to meet the most demanding job site requirements, all within a compact footprint.

There is a lot that can be done with a lift height of 92’, maximum lift capacity of 6,600 lbs. and a reach of 76’ that easily handles 1,800 lbs.  The R70.28 S PLUS has nimble maneuverability thanks to the hydrostatic transmission (up to 25 mph) with its electronic Eco Power Drive control and three steering modes. The EPD allows the RPM to vary, independent of the speed of the machine. The Load Sensing and Flow Sharing hydraulic circuits seamlessly supply multiple, simultaneous boom movements with rapid 360° turret rotation for precision load placement.

The chassis is surrounded by a 3” ring of steel. This lowers the center of gravity, provides greater protection of the machine, and supplies perfect weight distribution. The robust Iveco 4 cylinder engine delivers 170 HP. 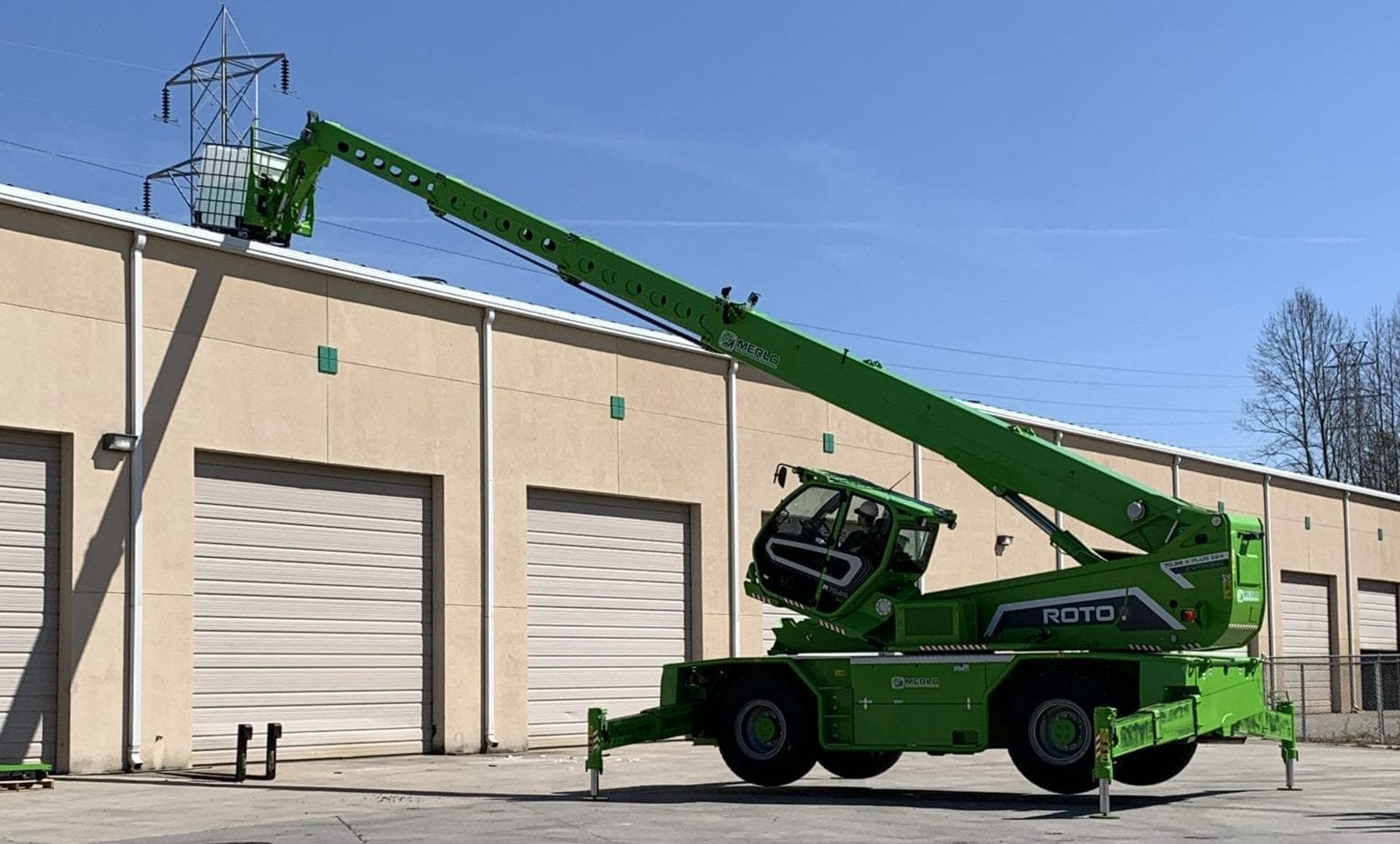 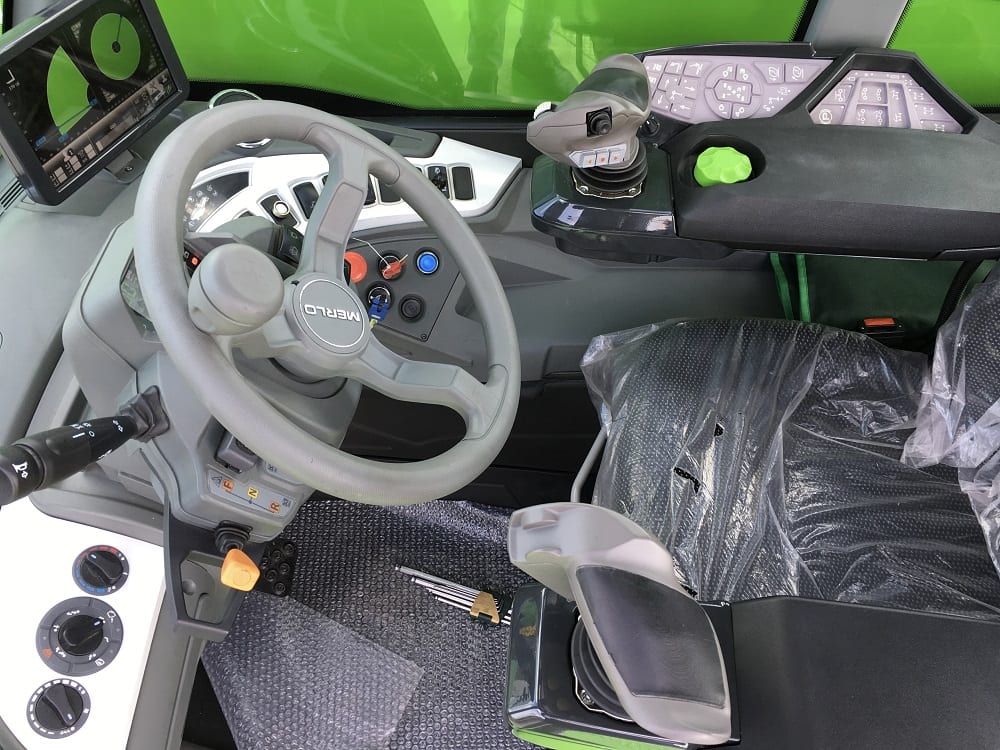 Perfection found. The cab and controls.

Supplementing Merlo’s well-known 360° operator view (over 46 square feet of glass surface for brightness and visibility) is the 20° tilting cab. The tilting cab ensures an operator has continuous, visual sight lines of the boom and its load. Access to the Roto cabs is now easier and safer with the addition of handles and steps on both sides of the turret.

Designed for premium operator efficiency, The S-Plus Roto has a touch-control SMART multi-functional armrest; two horizontal capacitive sensitive joysticks; and a touch-sensitive dashboard. Functional controls, such as independent stabilizer placement and machine suspension, are integrated into the armrest. The cab is mounted on isolation pads, reducing noise and vibration. Plus, the no flex boom’s Tac-lock system is safely controlled from the cab for quick, safe attachment of accessories.

A wide, split door leads into the spacious command center. The cab air filtration, with its HEPA filter, is located on the side of the cab. 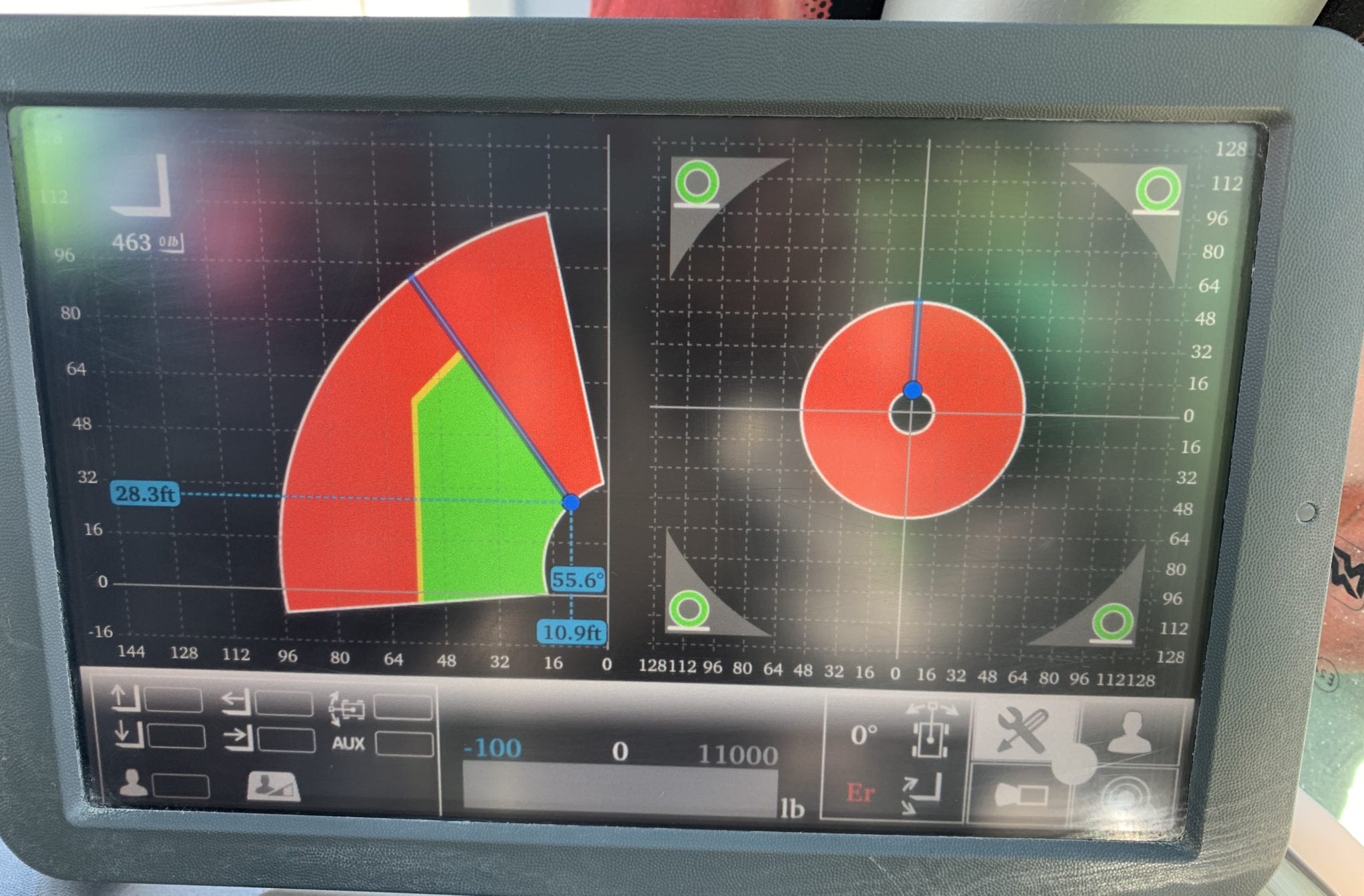 Safety & Stability. Not an afterthought.

The four independent, multi-positional stabilizers can be individually deployed for precise placement on tight job sights. Merlo stabilizers are designed to tightly retract, keeping the compact footprint for safe jobsite movement. The load indicator display reflects the necessary data for safe load placement, with or without stabilizer activation.

Plus, high power, and high dynamic braking make it possible for this S PLUS Roto to be static, even on steep slopes. 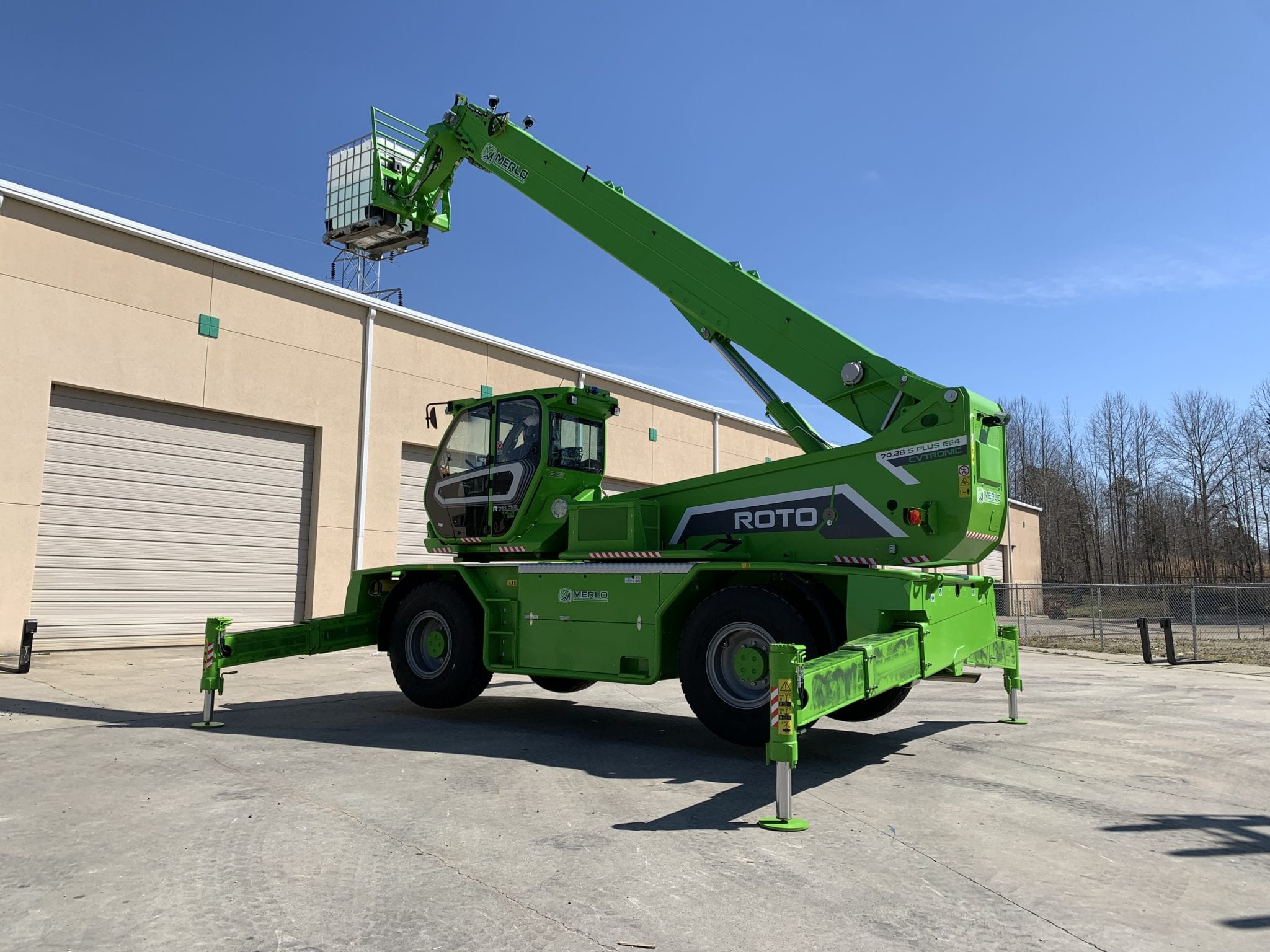 The R70.28 S PLUS is just one of Merlo’s Roto family of telehandlers for the construction industry. All are designed to  ensure greater safety, strong performance and unparalleled efficiency.

Rotos are available for rent and sale.  For more information, contact AMS-Merlo at 803-327-4949, or info@appliedmach.com. 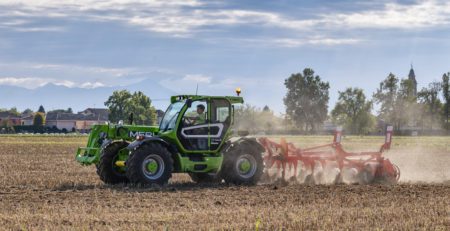 Arriving soon in the USA is the latest in Multifarmer, the MF44.9CS. A telehandler with tractor capabilities, the MF44.9CS has... read more 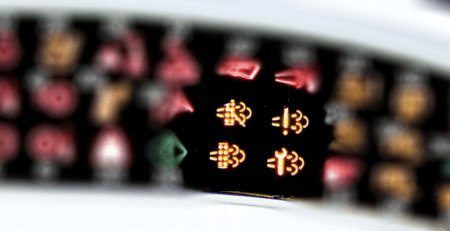 Definition: ReGen-Regeneration. The chemical process of ‘baking’ or cooking accumulated soot out of the diesel particle filter (DPF) or the Selective... read more 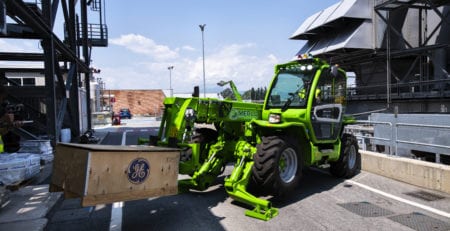 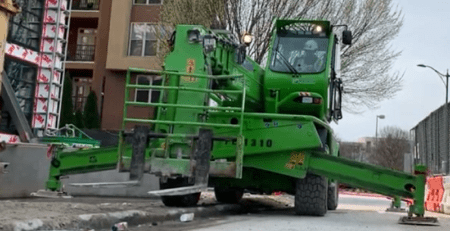 Merlo Roto application as seen in Lift and Access | Equipment Guide | October 2020 "...While the appealing location at the... read more 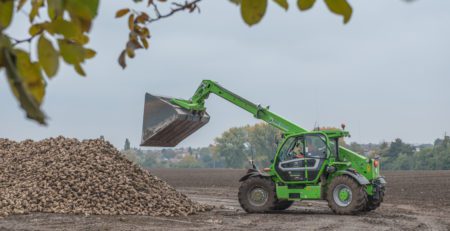 Designed to work in the most demanding conditions across all industries, Merlo’s TF50.8 telehandler delivers strong performance, high capacity, and... read more 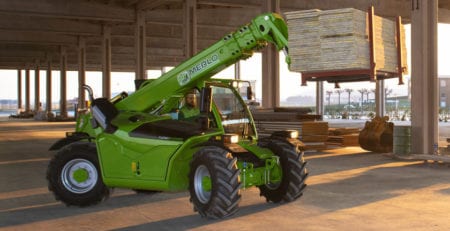 Get:
Delivered straight to your inbox about once a month, no spam, no hassle, just BETTER MACHINES! 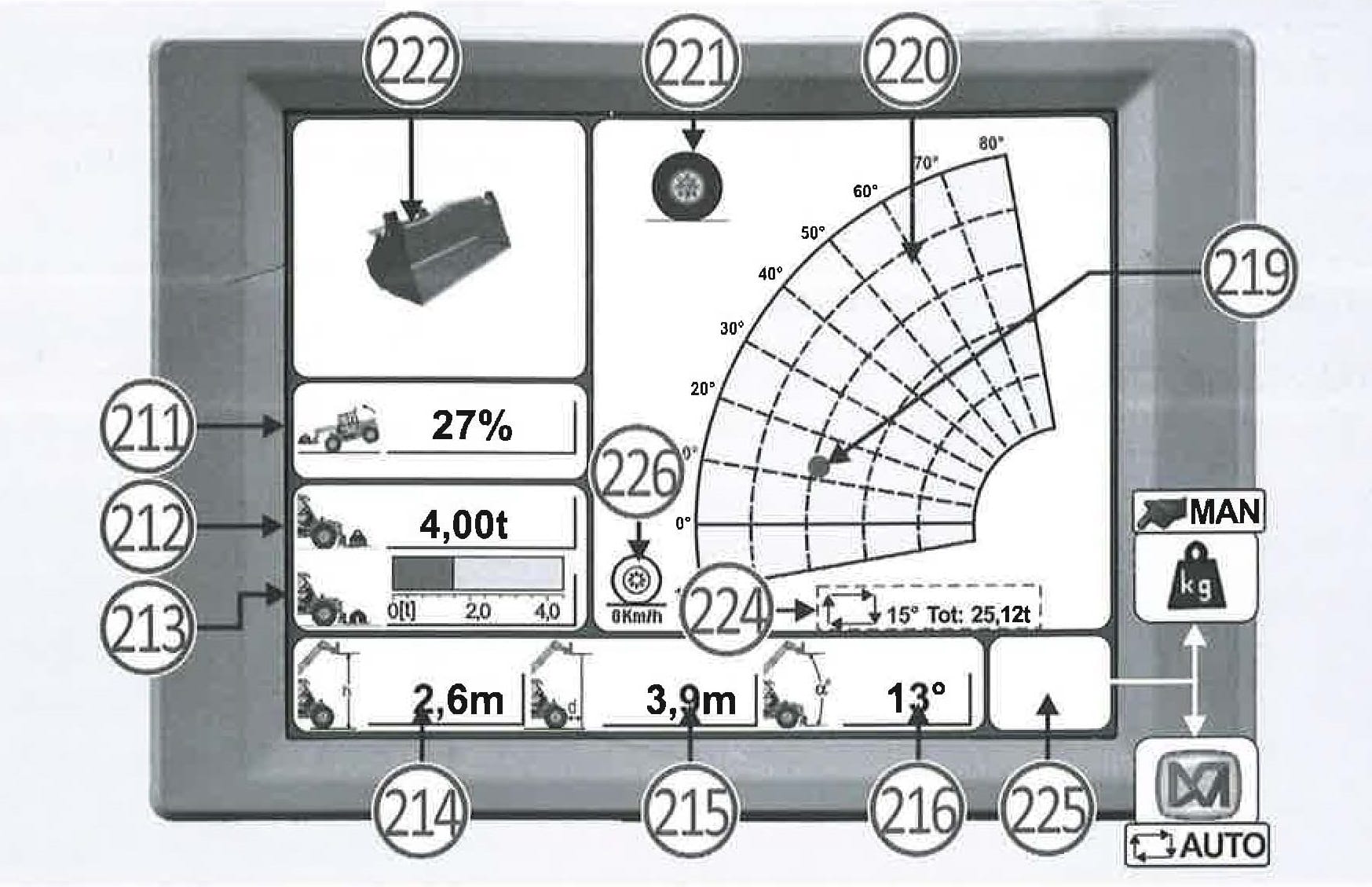 Powered by Convert Plus
Get a Quote